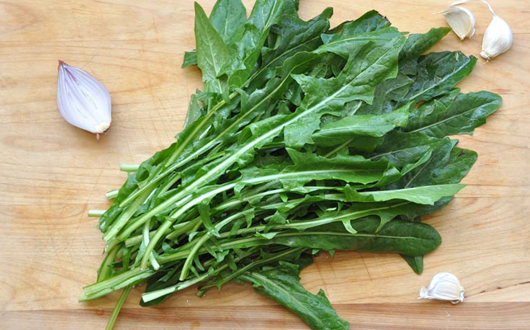 Food is fuel for the body, but it can sometimes be poison. With so many people relying on fast food and processed, packaged foods, it’s no wonder why obesity, diabetes, and heart disease are running rampant in the world. While these kinds of foods may be ok once in a while, they can wreak havoc on the body over time.

Fortunately, while some foods do nothing but harm the body, there are plenty of foods that can heal and help the body. Of course a diet filled with wholesome, natural foods will do wonders for your health, but the following superfoods can give your diet that extra healthy kick.

The following foods are the top superfoods that are considered to be the most nutritious and healthiest for our bodies. Read on to see which foods make the list and how they can help save your life! 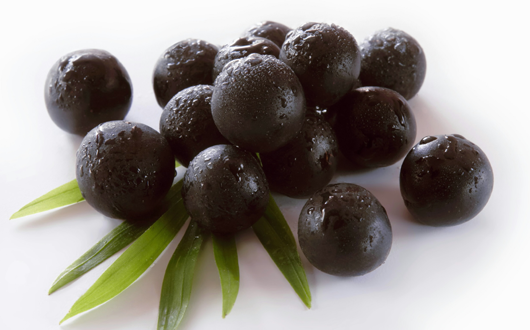 When it comes to berries, the more you can eat the better. There are plenty to pick from-blueberries, blackberries, strawberries, maqui berries, raspberries and countless others – but it would be a shame to highlight only one or two and leave out the rest! Though each berry provides some of their own unique health benefits, all berries share a few common lifesaving qualities.

Berries are one of the most antioxidant rich foods on the planet, and those antioxidants can help fight off cancers and other degenerative diseases such as Alzheimer’s. They contain phytocheimcals, tannins, flavonoids, and cyanidin, all of which have anti-carcinogenic (cancer fighting) properties. Berries also contain quercetin, which helps reduce the risk of heart disease. 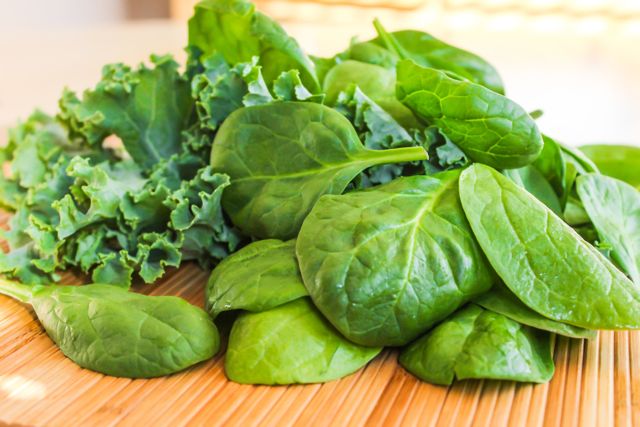 Kale is among the most nutritious vegetables you can eat. There are several important vitamins and minerals found in kale, many of which are lacking from a majority of diets.

Kale contains two compounds – sulforophane and indole-3-carbinol – which have been shown to help fight cancer in recent research. While other leafy greens such as spinach are also highly nutritious, spinach contains oxalates, which binds to minerals like calcium and prevent them from being absorbed. Kale contains no oxalates, guaranteeing the body will absorb all its nutrients. 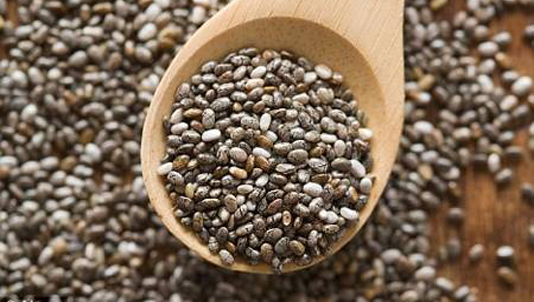 They may be small, but these seeds are mighty. High in complete protein, fiber, antioxidants and a variety of other nutrients, chia seeds are most known for their omega-3 fatty acids. With almost five grams in a two tablespoon serving, chia seeds provides the body with a strong dose of the essential fatty acid. These fatty acids protect the heart by lowering blood pressure, bad cholesterol and inflammation.

Chia seeds are also loaded with fiber, 10 grams per two tablespoons, which helps to slow down the rate at which our bodies turn carbohydrates into sugar. This helps to stabilize blood sugar levels, which can help to fight diabetes. The combination of protein, fiber and the way that chia seeds gel together also make chia seeds great for keeping you fuller longer. Being satisfied can help keep cravings at bay and prevent midday mindless snacking. 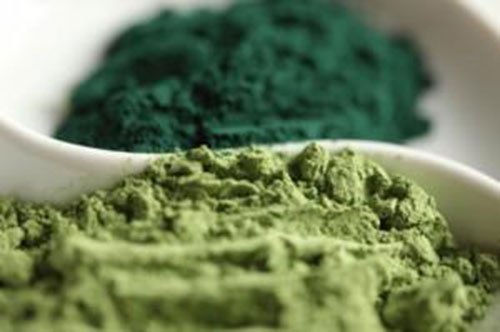 Spirulina is one of the healthiest foods on the planet. Recognized by many to be one of the most nutrient dense foods in the world, spirulina offers benefits to almost every organ of the human body. Packed with phytonutrients, spirulina is also rich in vitamins A, B1, B2, B6, K and E.

The chlorophyll in spirulina, which helps to give it its green color, helps to remove toxins from the blood, making it a great detoxifying agent. In fact, spirulina has been used to treat radiation poisoning because of its ability to bind to heavy metals and radioactive isotopes. That’s one powerful superfood!

Among spirulina’s top benefits is its ability to enhance the immune system. Spirulina promotes cell regeneration, so wounds heal faster and you recover quicker from colds and flus. A consistent intake of spirulina will make it less likely for you to get sick in the first place. 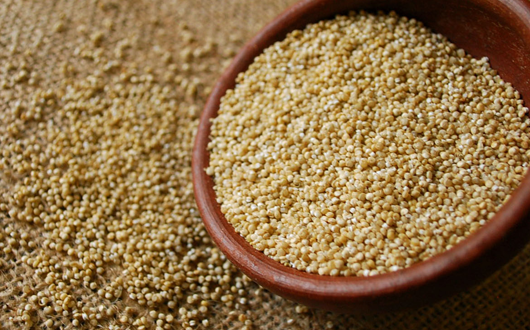 Quinoa is an ancient superfood, dubbed the “mother of all grains” by the Incans. Rich in flavonoids, these antioxidants have been shown to have anti-inflammatory, anti-viral and anti-cancer properties.

Quinoa is also high in a considerable amount of vitamins and minerals such as vitamin B6, thiamin, niacin, potassium, riboflavin, copper, zinc and magnesium. Considered to be a complete protein, quinoa contains all nine essential amino acids that our bodies need.

These proteins are the building blocks for our muscles. In fact, quinoa is considered to be one of the most complete foods in nature because it contains amino acids, enzymes, vitamins and minerals, fiber, antioxidants, and phytonutrients. 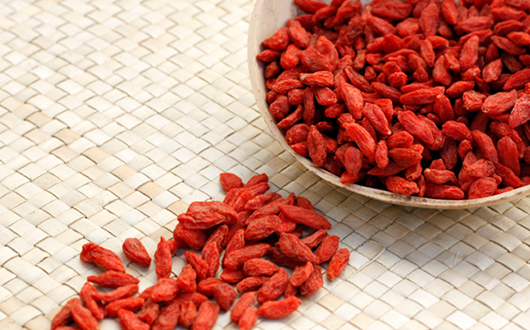 Goji berries have been around for centuries. While it’s hard to dub one berry the king of them all, the goji berry has been touted as one of the healthiest berries on the planet. In fact, goji berries are rated number one on the Oxygen Radical Absorbance Capacity (ORAC) test. One of the richest sources of carotenoids, goji berries contain more beta-carotene than carrots do. Goji berries are also high in antioxidants, minerals and contain 18 amino acids, including the 8 essential amino acids.

Iodine is lacking in most modern diets. This nutrient is crucial for a healthy thyroid, which is in turn crucial to the overall health of the rest of the body. Iodine deficiency can lead to hypothyrodism, fatigue, mental retardation and many other diseases. Iodine is found most heavily in foods found in the sea, such as seaweed.

Along with iodine, seaweed also contains vitamin A, vitamin C and calcium. Many studies have also showed that seaweed contains a high amount of antioxidants which help reduce inflammation, warding off diseases such as arthritis, asthma, and even depression. 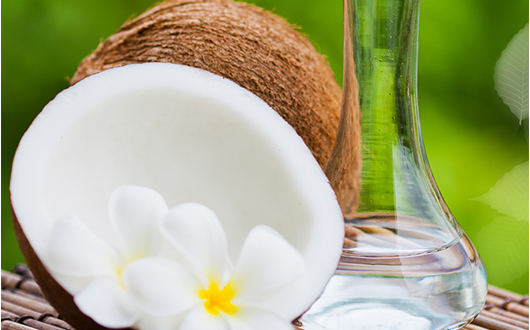 Coconut oil also contains lauric acid, a proven anti-microbial that has been shown to kill bacteria, viruses and fungi. The body converts lauric acid into monolaurin, which research has proven to be effective in fighting against viruses. 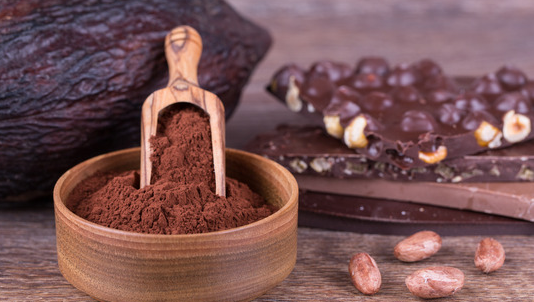 Cacao in its raw, unprocessed form is one of the healthiest foods out there. In its raw state, cacao contains over 300 nutritional compounds. Raw cacao has been found to improve memory, boost immunity, reduce heart disease and even increase energy! It’s also one of the richest sources of antioxidants on the planet.

The problem with cacao is that it is often processed and filled with artificial sugars to make it more appealing, thus stripping it of any healthy nutrients. Unfortunately, the health benefits of cacao can only be found in its raw form, not in your typical candy bar.

The Department of Nutrition at The University of California Davis found that raw cacao can be just as beneficial as aspirin in thinning the blood and preventing blood clots. It’s not like people need another reason to eat more cacao, but that sounds like a pretty good reason to me! Buy cacao in its raw powder form or raw cacao nibs from most health food stores.

This “weed” provides a shocking 535 percent of the daily recommended intake of vitamin K and 112 percent of vitamin A, making it one of the richest sources of beta-carotene. Dandelion greens also provide vitamin C, calcium, iron, fiber, and potassium.

A recent study in 2011, dandelion root extract revealed itself to be a possible cancer fighter by halting the growth of melanoma cells while not damaging any non-cancerous cells.

Enjoyed 10 SuperFoods That Can Help Save Your Life? Share it with your friends so they too can follow the Superfoodsliving journey. 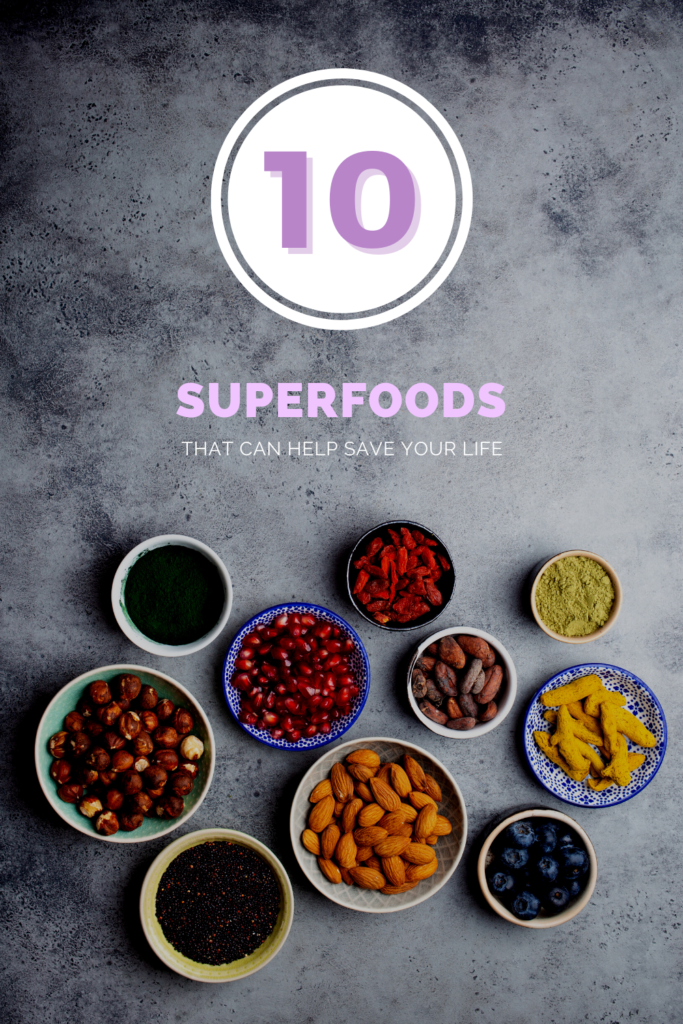