Native to Asia, especially in Northwest China, goji berries are known for their high medicinal value. These plants are tiny and red in color; they are also known for their slight sour yet sweet flavor.

There has been much research to prove the numerous health effects of goji berries which led to the plant and derived products becoming more popular in countries across the world.

Due to the aftereffect of taking goji berries – especially the supplements and superfoods – many people conclude that the plant contains caffeine. Is this true or false? We’ll be discussing the question in this article.

Does Goji Berry Have Caffeine?

Caffeine is a common compound you’ll find in cacao plants and it’s present in coffee. The compound is classified as a natural stimulant and when taken, it keeps you awake, alert, and can prevent fatigue.

Most people experience a similar effect when they take goji berries which brings up the question of whether it contains caffeine or not. However, these effects are mainly associated with goji berry supplements like juices and capsules. 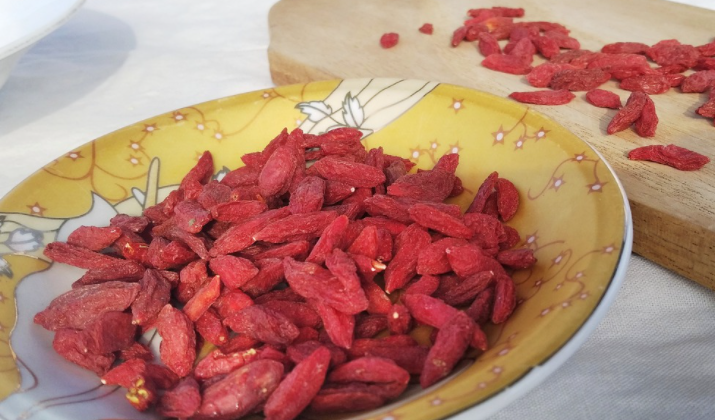 Because of their popularity, goji berries are used in making supplements and superfoods along with other herbs, fruits, and extracts. In one random study by NCBI, it was found that about 50% of participants who took goji berry juice reported feeling less tired which is a similar effect that caffeine would have.

The caffeine content isn’t due to the goji berries but instead as a result of the tea leaves. Black tea is one of the common ingredients used in making goji berry juice/tea and it contains about 45 mg of caffeine per eight ounces.

Manufacturers intentionally add caffeine to goji berry juice/tea since most customers want to use it as an alternative to drinking coffee. Nevertheless, there are still many goji berry tea and juice products that are 100 percent free of caffeine.

If you’re buying fresh, organic goji berries, be rest assured that they contain no caffeine. The berries contain a lot of other high-value nutrients your body needs. On the other hand, if you’re purchasing a goji berry supplement, you should check the label to know whether it contains caffeine or not.

Are Goji Berries A Stimulant?

Stimulant is a general term for substances that increase the activity of the body. In other words, stimulants will make you feel more energetic, confident, alert, and awake. Substances like nicotine and caffeine are common examples of stimulants. 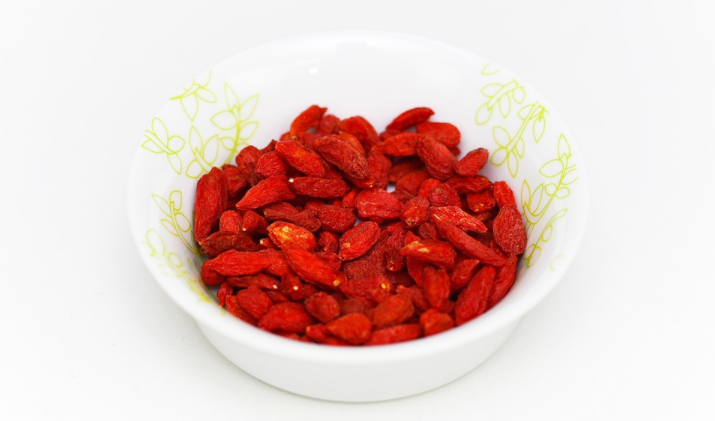 Photo by MYCCF via Pixabay

In some ways, goji berries can be classified as a stimulant. One reason is its effect on the immune system. Goji berries can increase immune cell levels and also improve function.

Reports from some users are that goji berries increase SOD levels and in addition, goji berries are known to improve fertility. They do this by balancing hormones which is the kind of effect a stimulant will have.

What Are The Constituents Of Goji Berry?

The nutritional constituents of goji berries have made them increasingly popular in the West, where they are usually sold as a superfood. These chemical constituents have been identified thanks to the development of analysis technologies. 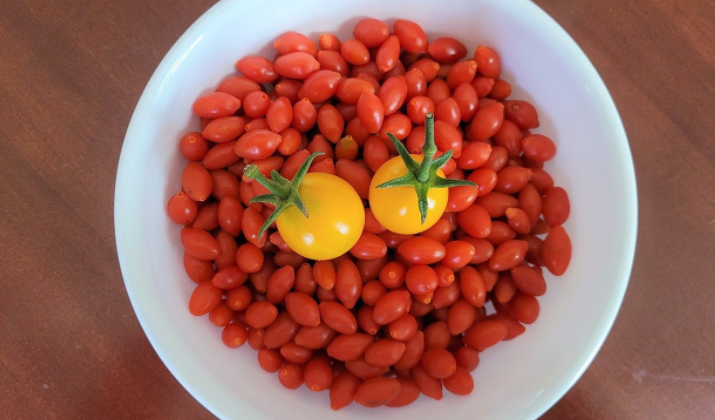 Photo by Nayuta via Pixabay

Goji berries also include micronutrients such as minerals and vitamins. Examples of these include riboflavin, thiamine, nicotinic acid, copper, manganese, magnesium, and selenium.

Furthermore, goji berries have high levels of polysaccharides, carotenoids, and phenolics which are linked to their health benefits.

Polysaccharides are the most important compounds found in goji berries. Nevertheless, the berries also include monosaccharides including arabinose, galacturonic acid, glucose, xylose, mannose, and rhamnose.

In summary, some of the chemical compounds found in goji berries include:

Goji berries are natural sources of vitamins A and C, which strengthen the immune system and guard against illness. Goji berry juice and supplements may improve immune function response and increase immune cell levels. Also, they may produce an overall feeling of well-being in older adults, according to studies.

Lowers the risk of heart disease 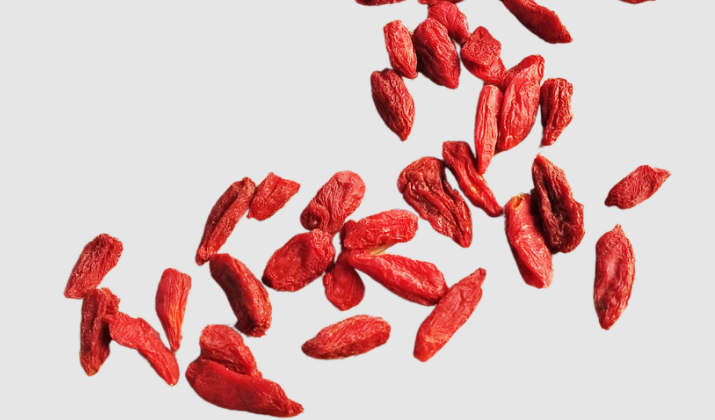 Ascorbic acid and other antioxidants found in goji berries help protect cells from free radical damage and keep the body from becoming overly stressed by the effects of free radicals. This benefits the body’s cells’ general health.

Goji berries include the retina-friendly nutrients lutein, zeaxanthin, and meso-zeaxanthin. These components concentrate in the macula (sensitive retinal area) and prevent blue light from getting to other retinal structures. They also minimize the risk of retinal injuries due to light-induced oxidative damage.

Vitamin C, found in goji berries, aids iron absorption and hair growth. People who eat goji berries and wash their hair with its juice can strengthen their scalp and keep their hair from falling out. 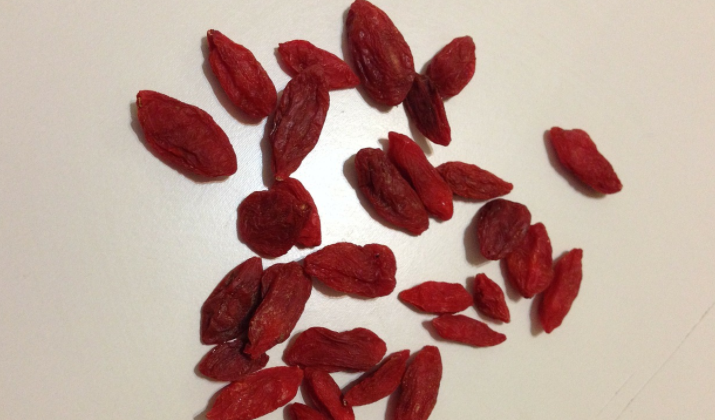 Photo by budtobloom via Pixabay 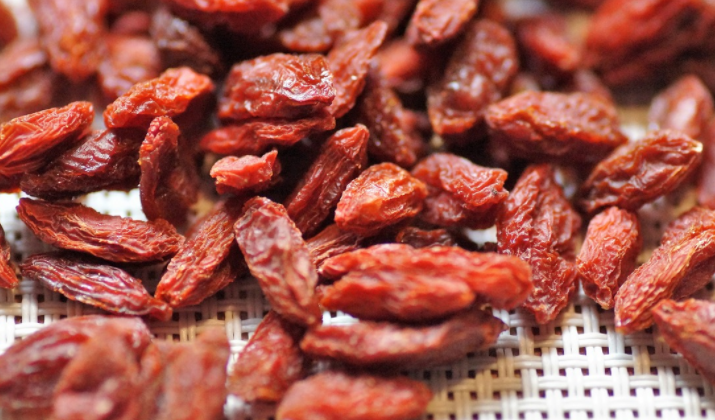 Photo by ivabalk via Pixabay

Polysaccharides have been shown to lower blood sugar levels in diabetics. As a result, goji berries may help with diabetes and insulin resistance. Nevertheless, this doesn’t mean you should replace your diabetic drugs with goji berries.

For centuries, traditional Chinese people have used goji berries to treat cancer because of their high levels of phytochemicals and antioxidants. Carotenoids in goji berries have been shown to efficiently suppress cancer cells, however, further research is needed to support this claim. 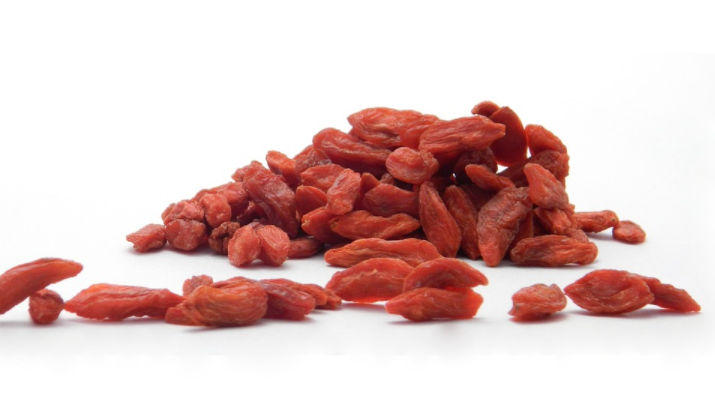 Photo by Andreas Büter via Pixabay

Goji berries contain chromium, which helps retain muscle mass when trying to lose weight. In an MDPI study, participants who drank goji berry juice for two weeks saw an increase in their metabolism and a decrease in their waistline.

In a PubMed study, goji berries have been shown to boost male and female fertility by balancing hormones. These qualities have made them useful in traditional Chinese reproductive treatments.

What Are The Side Effects Of Goji Berries?

Goji berries do have a number of side effects that only happen if used incorrectly. With moderate consumption, there should be nothing to worry about.

One of the major side effects of goji berries is interaction with other drugs. Like most plants and supplements out there, goji berry may not go well with some medication; most especially blood-thinning drugs. 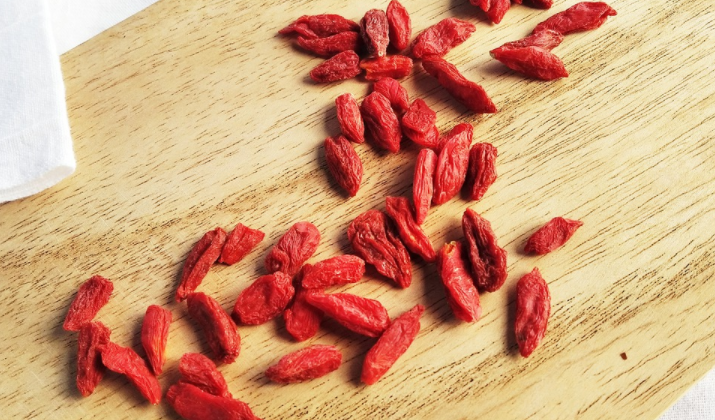 Goji berry itself is a natural anticoagulant. Hence, when taken along with other blood-thinning drugs, it could cause an excess which would lead to excessive bleeding. Similarly, goji berry could easily react with medications for high blood pressure and diabetes drugs.

Taking goji berry supplements that include caffeine, like goji berry tea, could cause increased alertness.

Consuming such supplements means you would feel less tired and have a decreased need for sleep. While this can be an advantage in the morning – just like coffee – taking it at night could disrupt your sleep patterns.

Thirdly, if you have pollen allergies, you might also get allergies when you take goji berries. In addition, since it’s a fruit, you might be allergic to raw goji berries if you’re allergic to other fruits. For instance, ‘Dr Snack Goji Berry’, a popular goji berry product, was recalled after a series of allergy cases.

While not confirmed, there are possibilities that goji berries may cause birth defects due to their high selenium content.

Who Should Avoid Goji Berries? And Why? 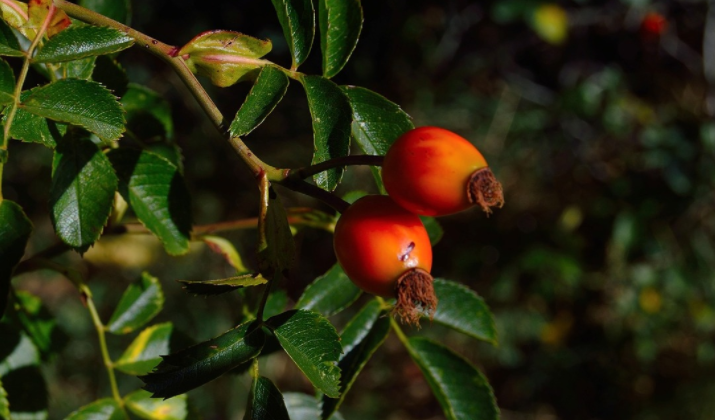 Photo by apolo12 via Pixabay

The same goes for pregnant women. More research is needed to confirm if goji berries can cause birth defects due to their high selenium content. In the meantime, you should avoid goji berries while pregnant or confirm from your doctor if you can take them.

Aside from these, there are no other reasons to avoid goji berries. However, this doesn’t mean you should take too much of it. Eating too many goji berries also has negative consequences.

Can I Consume Excess Goji Berries?

Goji berries should be consumed in moderation. In fact, you can take it as part of a nutritious and balanced diet. Nevertheless, like every other thing, they can be harmful if taken in excess. Be certain that you would need to eat a lot of goji berries to experience any negative effects!

If you eat too many goji berries at a time, the potential side effects include gas, diarrhea, bloating, and difficulties sleeping. Hence, digestive difficulties occur after eating large quantities of goji berries, which are common when it is consumed with immoderate potassium, fiber, and selenium. 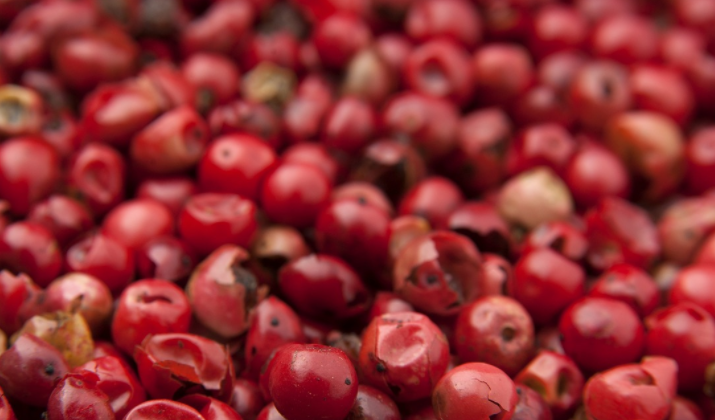 Photo by FLAVORI via Pixabay

When it comes to goji berries, the ideal amount to consume varies depending on how they were processed. Most people can safely eat more than the average serving of dried goji berries, which is around 28g or two tablespoons.

For goji berry juice, about 30mL four times per day is ideal, according to an NIH study. Likewise, you can safely eat up to 150g of fresh goji berries in a single serving.

If you’re taking goji berry capsule supplements, it’s advisable to consult a doctor to know if it’s safe, especially if you’re on other medications. This is because goji berry capsules are significantly more potent than others.

In conclusion, goji berries do not have caffeine. The main nutrients you’ll find in goji berries include calories, protein, fat, carbs, fiber, sugar, iron, and vitamins A & C.

However, the berries are processed into tea, juice, and other supplements that may contain caffeine. When you purchase such a product, you should treat it in the same regard as you would treat any tea or juice that contains caffeine as a stimulant.

You can choose to purchase fresh goji berries or supplements that have no caffeine or otherwise; it depends on your preference. Goji berry is often classified as a stimulant but how it works is different from caffeine.

However, not everyone can take goji berries. If you’re on medication, dealing with any health conditions, or are pregnant, you shouldn’t take goji berries without first consulting your doctor.

Enjoyed Does Goji Berry Have Caffeine? Share it with your friends so they too can follow the superfoodsliving journey. 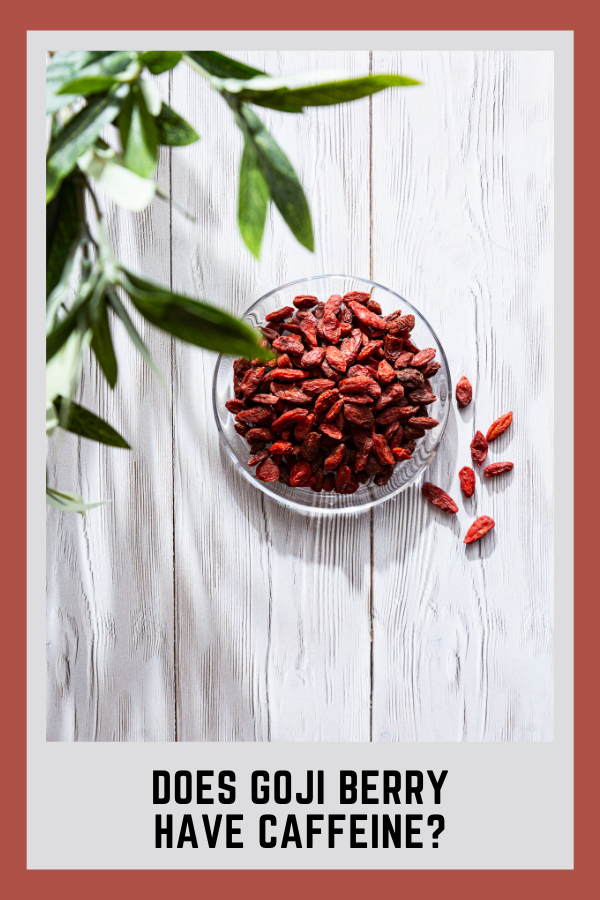