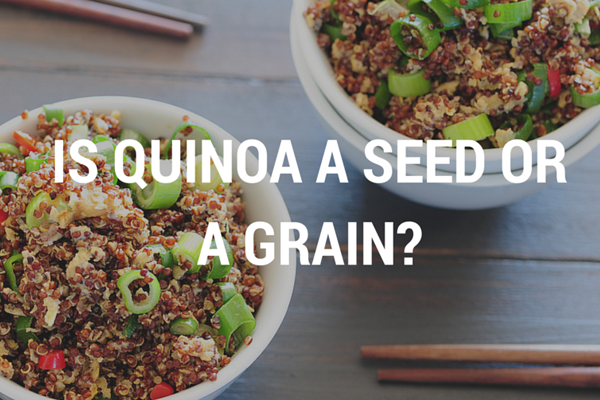 Quinoa has been on top of the superfood charts for quite some time now. While highly nutritious food, there are still some questions surrounding what type of food quinoa actually is.

This identity crisis of sorts for quinoa has caused some havoc in terms of who can eat it and who shouldn’t. If quinoa is a grain, should those with gluten-intolerance avoid it? If it is a seed, does that make it easier to digest?

All of these questions and more have caused quinoa to face a decrease in popularity. Want to know if quinoa is right for you? Read on to find out!

Quinoa was a food source for the Incas, who deemed the food the “mother of all grains.”

Along with its nutrients, quinoa was able to survive in a variety of growing conditions making it one of the Incan’s main food staples when other food was unavailable.

Quinoa can survive high altitudes, cold air, hot sun, sandy soil, little water as well as near-freezing temperatures. All parts of the quinoa plant can be eaten, including not just the seeds, but the leaves and stems as well.

The Incans believed in the nutrient power of quinoa so much that their warriors ate it to increase their stamina, aiding them in excursions and battles.

Is Quinoa A Grain Or A Seed?

The Incans deemed quinoa the “mother of all grains,” but does that mean it is, in fact, a grain? Quinoa is typically consumed the same way other cereal grasses are (wheat, barley, and oats), but quinoa is not a cereal grass at all.

Quinoa comes from the same family as spinach, swiss chard, and beets, which has led many researchers to call quinoa a “pseudo-cereal.” This term is used for foods that are not grasses but can still be easily ground into a flour, such as quinoa.

Quinoa is, in fact, a seed as it is the “egg” of the Goosefoot or Chenopodium plant. This means that if not harvested, quinoa will sprout into a leafy green. While these leaves can be eaten, it is primarily the seed that is consumed.

The confusion about whether quinoa is a grain or a seed is due to the way that quinoa is cooked. Cooked like a grain, quinoa is boiled in water until it is fluffy and full.

Once cooked, quinoa has a sort of tail that gives the seed a slightly crunchy texture, while its taste is mild and nutty.

Though often confused as a grain, quinoa has many more nutrients that grains lack. One of these main nutrients is protein.

Quinoa’s protein content is far superior to that of grains because grains lack the proper amount of the amino acids, lysine, and isoleucine.

Quinoa also contains the flavonoids quercetin and kaempferol, which are powerful antioxidants.

In fact, the concentration of these two flavonoids can sometimes be greater than the amount in berries like cranberries, which are known for being rich in flavonoids.

A quick rundown of the benefits of quinoa:

How To Use Quinoa

Quinoa has a similar cooking method as rice. When cooking, combine two parts liquid, such as water or broth, to one part dry quinoa.

Allow the mixture to simmer, usually around 15 minutes, until all of the liquid has absorbed and the quinoa is translucent and fluffy.

You should also notice the “tails” of the seed have unfurled. If you would like to play up quinoa’s naturally nutty flavor, try dry roasting the quinoa in a skillet over low heat, continually tossing the seeds for roughly five minutes.

How To Enjoy Quinoa

Though quinoa isn’t technically a grain, it can definitely be used like one! If you are looking to avoid gluten, swap out gluten-filled foods, such as pasta or barley, for cooked quinoa.

If you are still wanting that true pasta feel, then opt for quinoa pasta, found in most health food stores and some grocery chains.

Due to quinoa’s nutty flavor and fluffy texture, it can be enjoyed either hot or cold, making it ideal for salads or side dishes.

Ways to use quinoa:

Conclusion
Though often mistaken as a grain, quinoa is, in fact, a seed. This nutritious seed may not truly be the “mother of grains,” but its nutrient profile makes it a true superfood.

Enjoyed is quinoa a seed or a grain? Share it with your friends so they too can follow the Superfoodsliving journey. 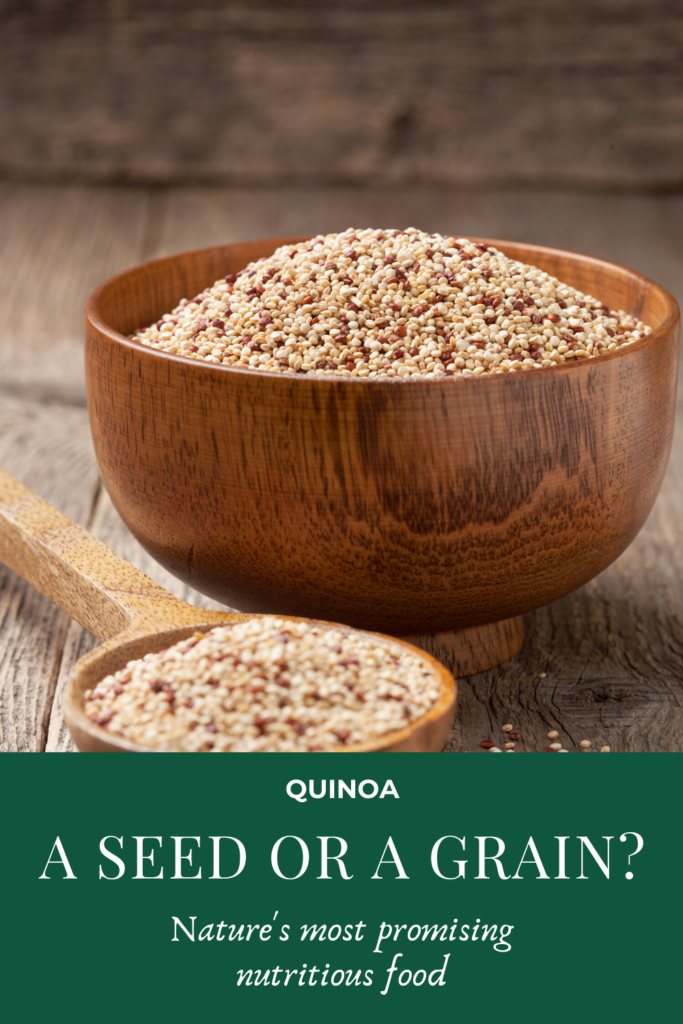